Airport CEO is an Airport tycoon game developed by Apoapsis Studios. You are the CEO of your own airport and you have to build infrastructures from runways to bathrooms and manage the business part by making deals or hiring employees.
This is a construction and management game much like Zoo Tycoon, Planet Coaster or even Sim City, the goal is to build a self-sufficient structure to make more money in order to build something even bigger.
In this article, we will explain some of the elements that makes Airport CEO interesting and what aspects could be improved.

Airport CEO is available in Early Access since the 28th of September 2017 and we reviewed it the first week of October 2017 using the “Alpha build v 0.21.9”.

The e-mail mechanic is interesting but underused.

From the beginning of the game, the player receives many emails. At first they are from some consultants that want him to go to the tutorial for learning the basics, then they can be from other parties to validate a contract. The inbox can even receive spam! This is a nice touch to transmit information to the player, immerse him in his CEO role and enhance his “suspension of disbelief”.

Currently, they are not very useful because the information can easily be found elsewhere, like in the “alert bar” at the top of the screen. On top of that, when accessing the e-mail, the basic information is in the title: most of the time the rest of the email explain the exact same thing with more words. 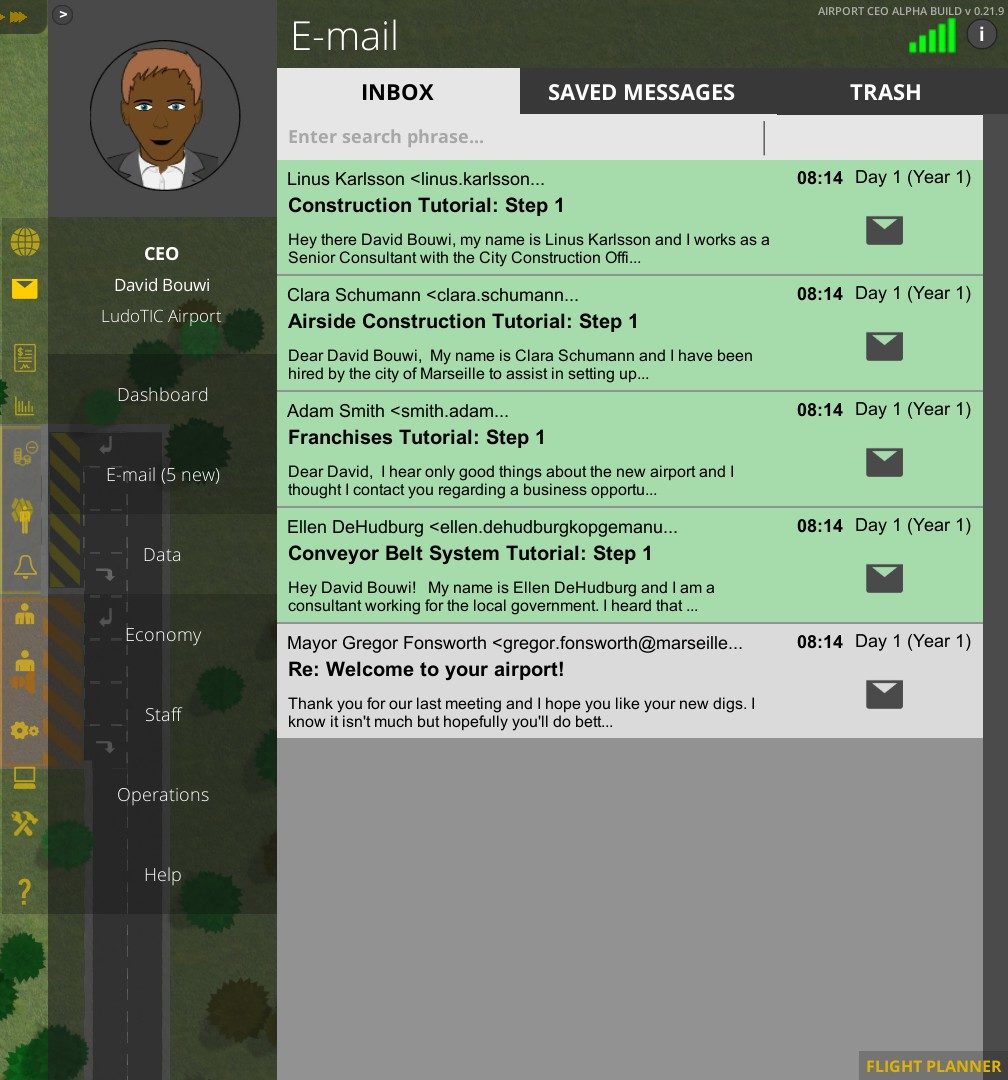 In order to add an interest to e-mails, they could contain links (in the form of hyperlinks) to the related part of the game. For example, when a contractor sends a receipt for buying supplies, the e-mail could end with a link to the contract in the “budget” menu, even the spams could have links to false offers that make the player lose money. 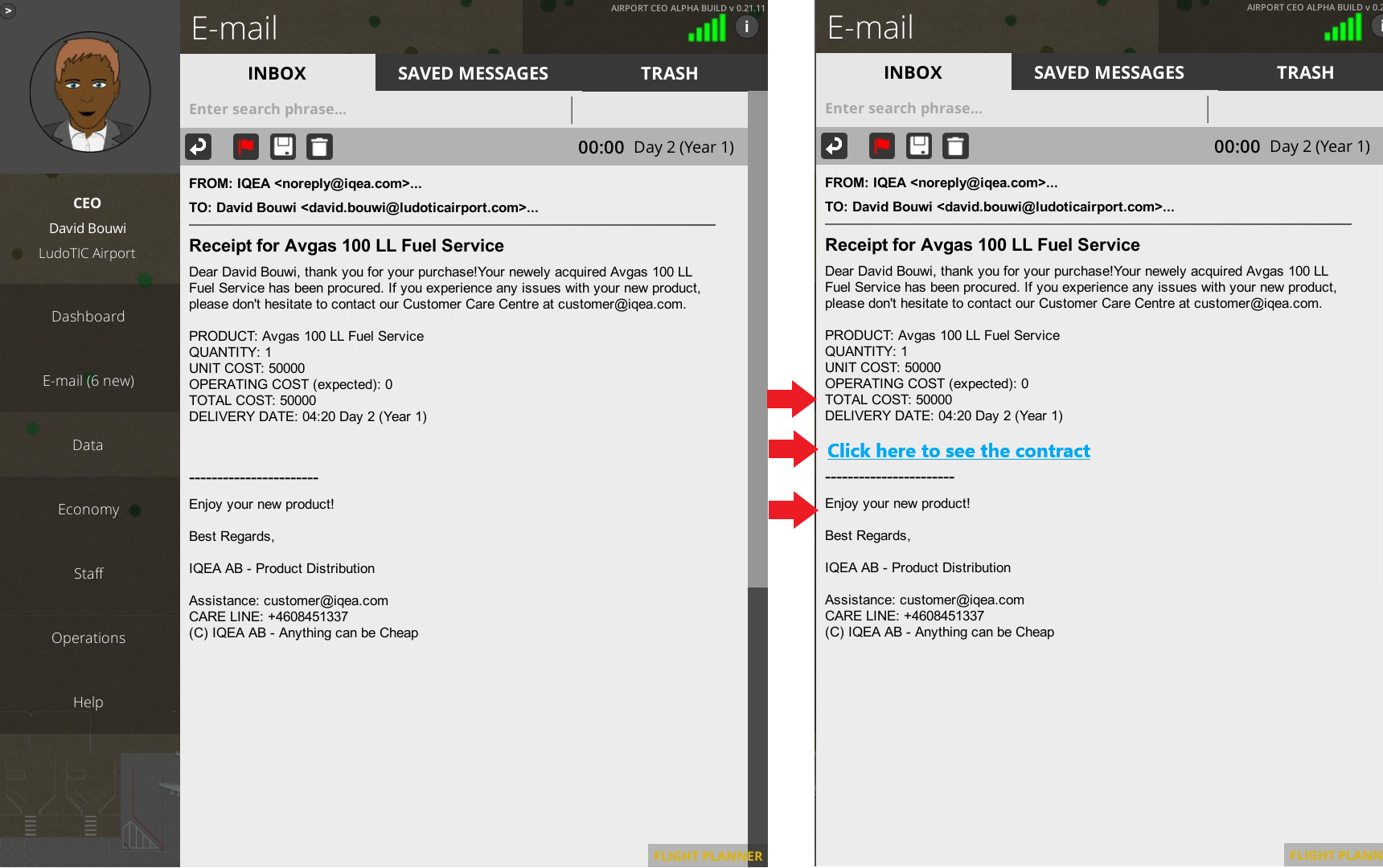 A line that can make a big difference for the e-mails.

The menus are confusing and should be improved.

The opening screen’s menu is a funny homage to the old time’s display in airports, but it can be quickly disturbing because the text displayed on each menu item changes when hovered, it means that sometimes, the player has to pull his mouse out of the item to know where he is clicking.

“Too easy? What does it mean? Is it the tutorial?”

The in-game menu is very confusing, there are 4 different areas where menu items can be gathered and a lot of them overlap each other. Some part looks like shortcuts to important parts. The section that looks like the “main menu” does not seem to give access to all data. After some reflexion “Data” seems to be a title but can easily be mistaken for a menu item. Some names are also misleading considering what they are referring to, for example, the menu item “Economy” opens the “Budget” tab. 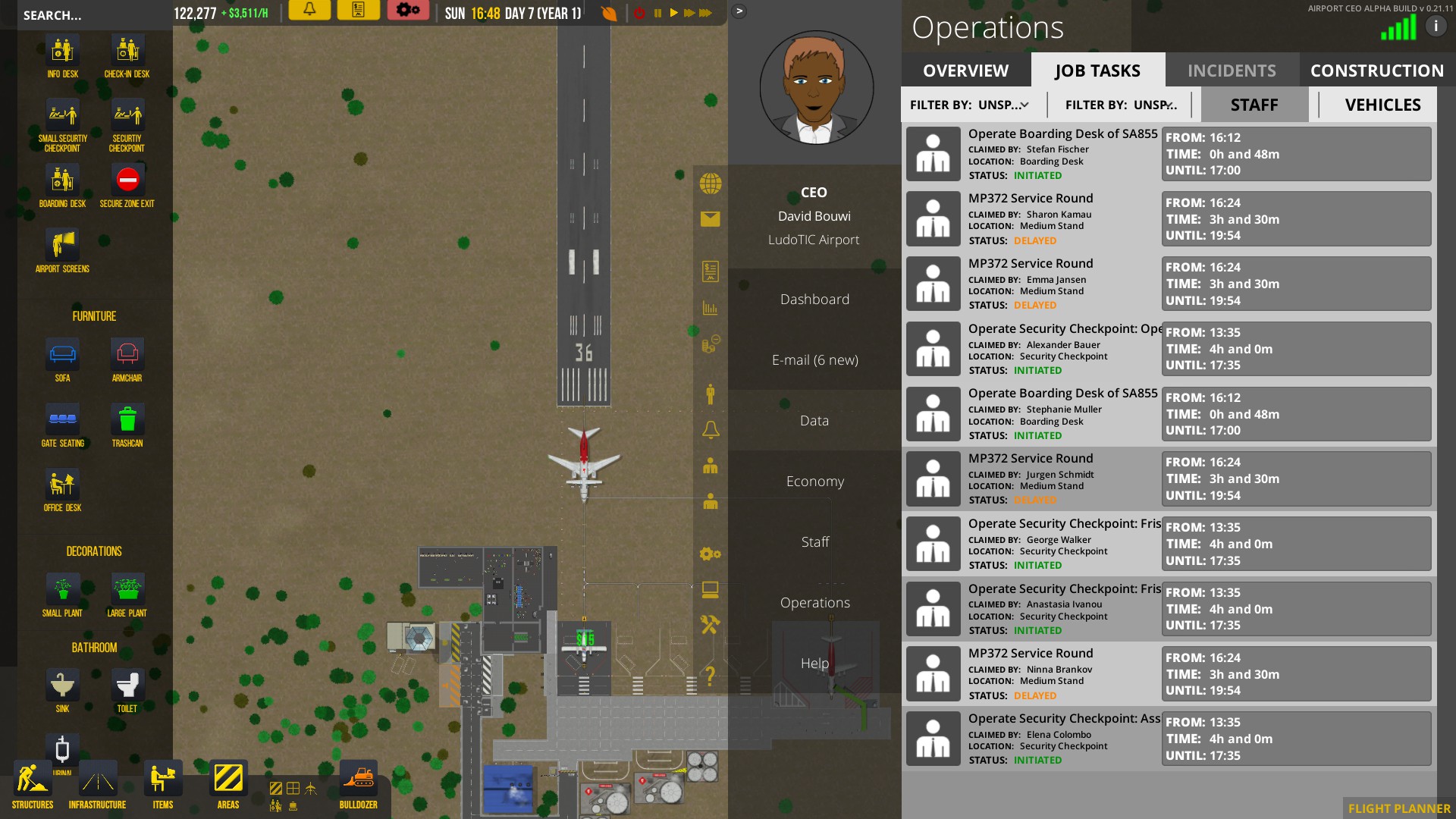 It takes some time to understand how to navigate in these.

This is a problem that can discourage players to go on rapidly. Many useful actions and information should be more accessible instead of staying hidden in a labyrinthine menu.
UX techniques like “Card Sorting” could be used to help improving this.

The difficulty is simple and could be nuanced.

After mastering how the game works, the goal is to keep on earning more money by expanding the airport and handling the random events (late planes, people needs or machines failure). This is usual for a simulation game like Airport CEO.

Currently the only difference between the 4 difficulty levels is the arbitrary amount of money the player starts with (a lot in “easy” and a lot less in “extreme”). This means that after building a profitable airport, there is no more difference in difficulty between “easy” and “extreme”, the player can just wait to win more money, handle the random events and expand his airport when he can afford it.

What could be interesting to add is an adjustment of the random events. For example, if a player chooses “extreme”, his buildings could be a lot more likely to break down in a short time, inciting him to be more aware of every detail of his airport. On the contrary, in a “No problem” difficulty, all randomness could disappear and make the management a lot easier.

Airport CEO is a pleasant “Tycoon Game”. At first, the tutorial feels a little tedious but the self-assigned goal “I want a plane to use my airport at least once!” helps to overcome it. Then, expanding and managing the airport is pretty fun and there is always something new to try. 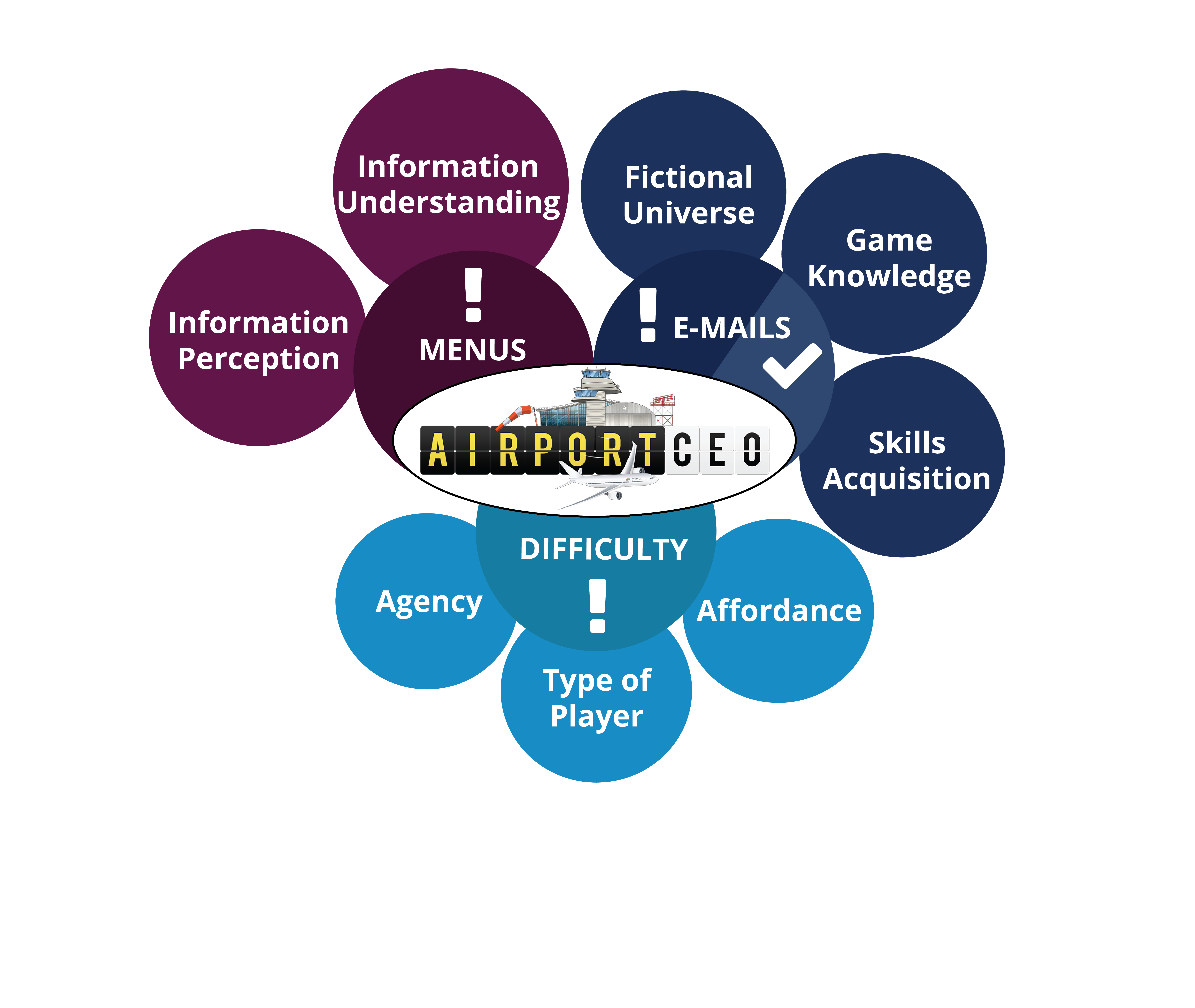 This review was but only a peek of our Airport CEO assessment (It isn’t even its final form !!). We can do a lot more thanks to our tools and expertise, see our tool presentation here or contact us if you want to know more.
If you have questions or opinions, please tell us in the comments. See you next time!