Magic Hat is a Puzzle game developed by Appdeko. You have to throw a ball from a rectangle into a hat by dragging it like a slingshot, mastering the physics of the ball with various angles and rebounds.
This is a puzzle game similar to Cut the rope, with a slingshot-style throw like in Angry Birds, you have to master the mechanics to progress through the levels and to collect the maximum of stars to brag about it and feel a sense of pride and accomplishment.

In this article, we will explain some of the elements that makes Magic Hat interesting and what aspects could be improved. 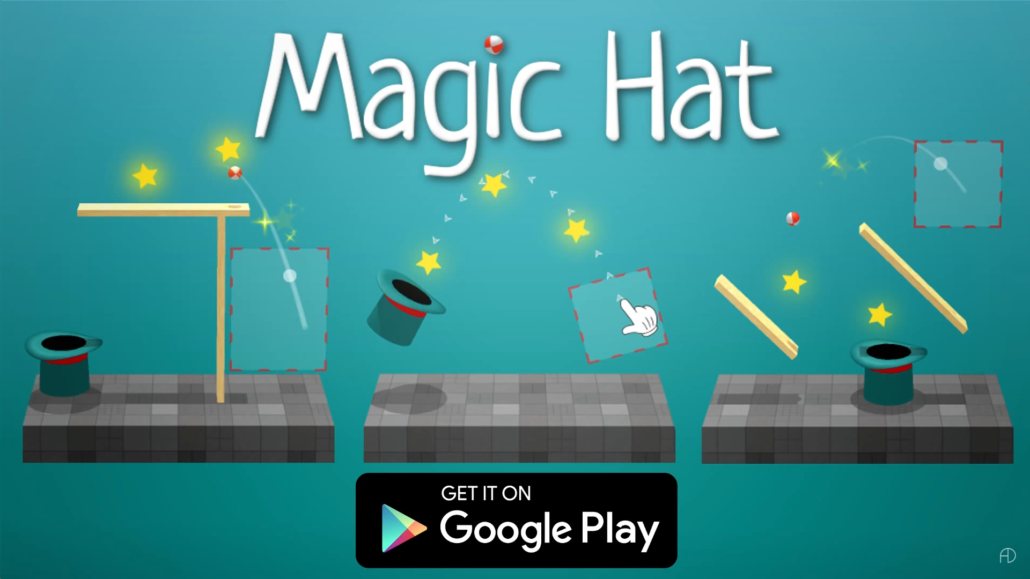 Magic Hat is in the “early access” part of the Google Play Store since January, it means that it will change and maybe some of the topics we will talk about will be fixed afterward or won’t exist anymore. We reviewed it the last week of February 2018.

What is the point of points?

After a failed throw, the “shadow” of the last throw stays to help, it is then easy to use it as a guide for the next throw to be better executed.

When finishing a level, the game displays the collected stars and a score. This score seems to depend on the number of stars collected and rebounds made.

This is all guessing because the way this score is calculated is a mystery to the player.
The points aren’t a reward for themselves. Scoring can be interesting to compare with other player’s or to aim to improve it, but in Magic Hat, there is no in-game way to know how to win more points.

Most of the time, the score seems to be ignored or misunderstood. The collectible stars are easier to understand than a number that comes out of nowhere.
A solution could be to replace it with understandable statistics like the number of rebounds or the number of balls used. 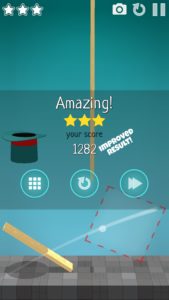 I want to be the very best

The tutorial phase is really short and simple, the basics of the game are explained while playing and are easy to understand.

The difficulty curve seems arbitrary sometimes, some levels seem way harder than previous ones and, after playing every level once, they don’t seem to have a “progression logic”. Even if the later levels are harder, there is no clear feeling of progression when playing the levels one after the other.

In most of the games with a progression curve, new concepts and harder difficulties are first introduced in “safe” environments to make sure that the player can understand them, then they are presented in various situations to help the player master them and most of the time this ends with a validating challenge to make sure the player acquired them.
In Magic Hat, this could be made by grouping levels, like the worlds in some Mario games, introducing a new concept (for example: “throwing the ball upward” or “moving planks”) at the start of each group. 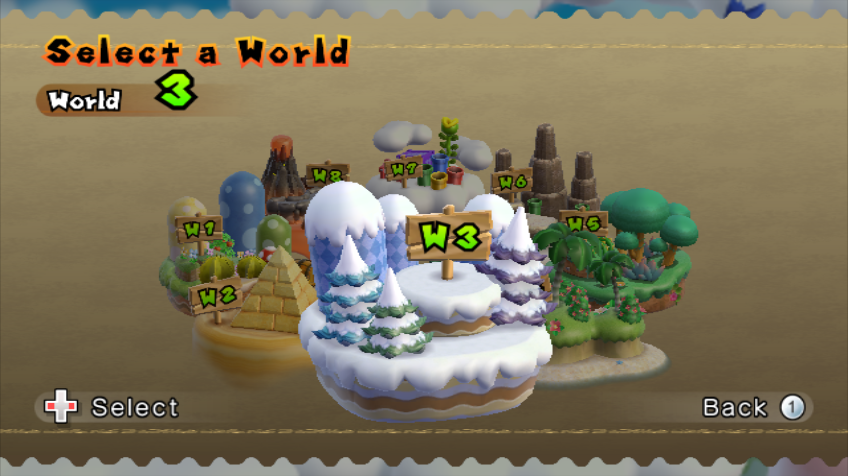 In Mario games, each world has its own new mechanics to teach to the player. (New Super Mario Bros Wii)

Stars can also be confusing, depending on the level, the stars will sometimes help the player by providing hints about the best path to get the ball in the hat, and some other times they will show a harder path to add a challenge. This can alter the perceived value of the stars as they go from “training wheels” to “stick in the wheel”.

A solution to better reward the player that put time and effort into completing the level could be to introduce a new type of star (a blue star for example). This stars would replace the ones that divert from the easiest path and would show on the hub. Thus, the most invested players could show off their skills in front of their friends. 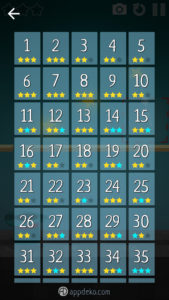 Mockup: the first levels shouldn’t have any blue stars to help the player to understand the mechanics.

The ball’s rebounds and the throw are consistent, it helps the player to master the game and to feel comfortable interacting with it.

Some potential problems to keep in check for the touch-commands of Magic Hat are that it is hard to touch the exact same point twice in a row, so, even with the guide, the player will most likely throw his ball from another starting-point than the last throw. It can also become difficult to see the guide when the player has his finger on top of it.

In this video (Speed x 2), we used Eye Tracking glasses to see where the gaze of the player was. We can see the player struggling to throw the ball just a bit different from hiw last throw. another thing to notice is that the gaze anticipates the tragectory of the ball but we could write a lot about Eye Tracking and it would take too much space in this article 😉

In some levels, the rectangle in which  the player can interact is on the left of the screen. This forces the player to change the hand that interacts with the game and can be hard for some non-ambidextrous players to adapt from.

If this is part of the “progression curve” then see the second part, if not, one solution for this problem could be to add an option to mirror the level. Thus, players could choose the hand they prefer to use for playing the game. 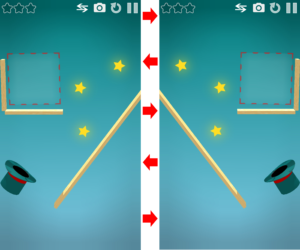 Mockup: I can switch the view easily.

Magic Hat is a fun little puzzle game that will hold you engaged until the last level, it still gives some strange impressions regarding the difficulty curve but each level is interesting on his own. Nevertheless, it is fun to play, updates regularly and seems to be on a good growing path until it’s release.

This review was but only a peek of our Magic Hat’s assessment. We can do a lot more thanks to our tools and expertise, see our tool presentation here or contact us if you want to know more.
If you have questions or opinions, please tell us in the comments. See you next time!