You are here: Home1 / Blog2 / Methods and tools3 / A unicorn story: Pokemon GO and UX

Released in July 2016, the mobile application Pokemon Go is developed by Niantic and The Pokémon Company.

Pokemon GO is an alternate reality game which uses the smartphone camera for augmented reality and GPS for geolocation: players really have to move outside for finding and catching Pokemon. 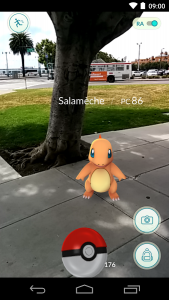 Since its release, the game was massively downloaded and everyone’s been buzzing about. Cities and park became “Pokemon hunting grounds”.

Pokemon GO has pros and cons in the medias as well as in the User Experience field: for example the discovery incitation and the mixed reality’s quality (pros) or the lack of tutorial and confusing interactions (cons).

According to the media this game can be dangerous as Pokemon GO players get around the street while watching their smartphone’s screen.

LudoTIC took an interest in this security issue and inquires whether players are paying attention to their surroundings and to what extent the game become dangerous in a crowded downtown? 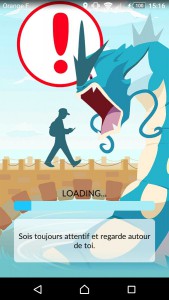 9 volunteers with various background were recruited to test the Pokemon GO game. Our test was held from August 1st till August  5th.  Each participant had to catch the maximum of Pokemon while going from LudoTIC address (31 rue de Paris) to the Place Masséna (by using the same path Avenue Jean-Médecin).

Our scenario was the following:
“You have a meeting with a friend in 30 minutes at Place Masséna.

You are attending the meeting place by the Avenue Jean Médecin. On your way, catch as many Pokemon as possible.

In the case of early arrival, you can move freely until the meeting time.” 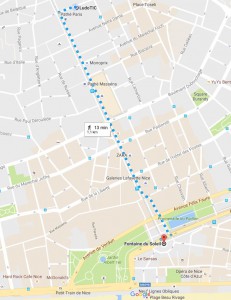 Each participant was equipped with eye tracking glasses (Tobii Glasses 2). Tracking eye movements allowed us to record the time spent watching the game vs. watching the surroundings and also the game phases where each behavior happened. 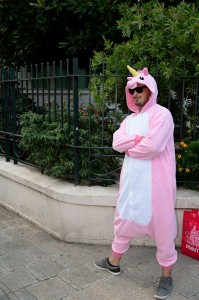 Based on the on the on the Chabris and Simons study “The invisible gorilla”, we evaluated pokemon GO players’ attention.  Are player so unaware of their surroundings, they will miss someone dressed as a pink unicorn ?

Along their ways, each participant crossed a Ludonome dressed as a pink unicorn.

At the end of the test, we asked each participants “Have you seen something unusual ?”.

The tester told us he saw the unicorn and the record (extract) shows the tester gazed at the unicorn. (Vu = seen)

Test sessions are now over and we are pleased to share our first observations:

We will provide you with more detailed results in a future post. In the meanwhile, here is our first tip to safely  play Pokemon GO (or other GPS games): put your smartphone on vibrate or use earphones. Then you will be notified about essential gaming elements  without staring at your smartphone screen the whole way.

Keep Safe and pay attention around you!

At last! A tool for evaluating the usability of video games
Scroll to top